“Once I finally had the courage to speak, I was surprised by the compassionate reactions and the support and love I got. I realized the healing could begin and I wished I had done it a long time ago.”

Brad Simpson was groomed and sexually abused by a private sports trainer from age nine to his mid-teens. The older male sports trainer used emotional manipulation tactics to gain Brad’s trust and continue the abuse.

Brad remembers his trainer saying, “‘Touching sexual parts is what all champion athletes do. It’s how you get in touch with your core energy—that core animal instinct that makes you a great athlete.’” Brad recalls, “I was doing well in my sports; I was a real high achiever. It was my secret weapon.”

When Brad was eighteen, he went to a swim meet leading to the Olympic selection trials. He felt he needed his secret weapon again, so he went back to the sports trainer and the abuse continued. “It was already bad enough, but once I’d done that, I could never tell anyone about it because it was so embarrassing. I realized it was wrong; I was asking for it. I had that guilt and shoved it away forever.” 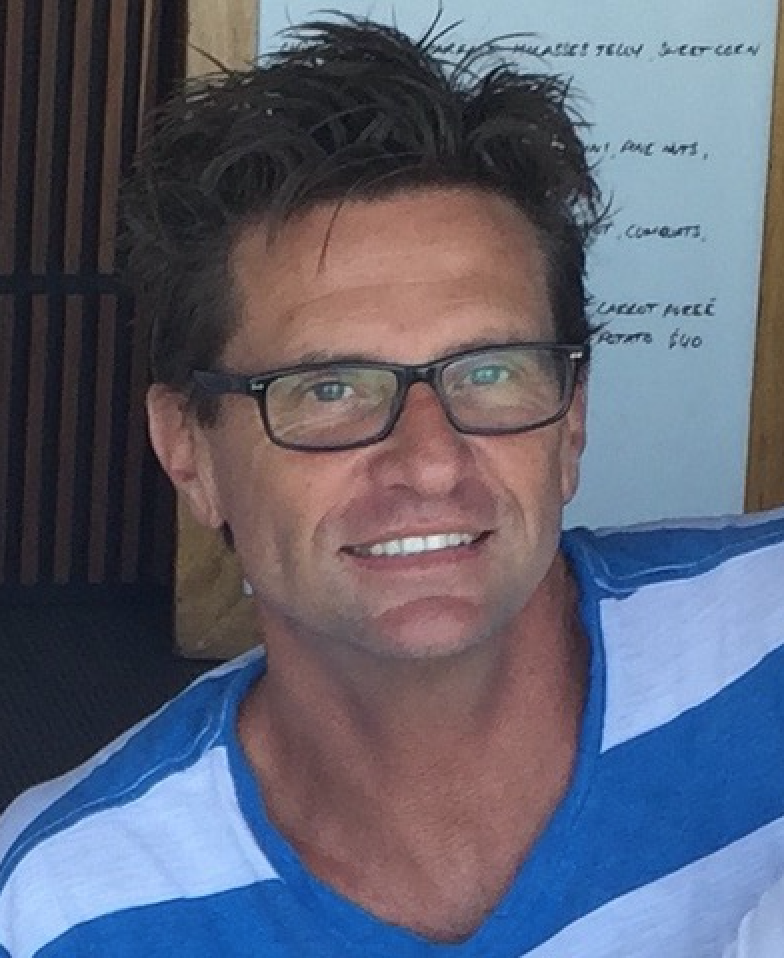 Brad didn’t tell anyone about the abuse for the next 35 years and instead focused on achieving goals in his career, sports, and social life. “It was scary; I was afraid of judgement most of all. I had feelings of guilt, and I struggled with self esteem and trying to hide my story.”

Four years ago, Brad spoke about the abuse to his wife for the first time in an attempt to explain some of his behavior. He didn’t want to use it as an excuse, but felt it was important to explain the trauma he had worked to hide through drug and alcohol use for so many years. “I made it so tough for her, and somehow she stuck around.”

After disclosing to his wife, Brad told his children and sought counseling. He feels his real healing began during his time at an addiction treatment facility where he found other survivors of child sexual abuse. “I started getting to know my inner child and learning to love that part of myself again. The little guy that felt it was his fault, the little guy that kept the secret.” He found the community aspect of his treatment to be valuable because others provided support and understanding in moments when he felt most isolated.

Brad’s parents didn’t know about the abuse until shortly before he entered the treatment facility. He resisted telling them because he didn’t want them to feel responsible for what happened. “I never blamed them for it; I never wanted to. It wasn’t their fault. They didn’t know because I hid it so well.” However, after going through a breakdown and nearly taking his life, he decided to tell them. His parents have been wonderfully supportive, but Brad still worries that they struggle with feelings of guilt. “I hate that I had to tell them because it was nobody’s fault.”

5 words that describe me:

“I don’t think putting perpetrators in jail is going to cure them, but the important part is stopping them from going and doing it to someone else.“

On the statute of limitations:

“People sometimes ask, if it really happened why didn’t you share earlier? They can’t understand why you wouldn’t talk about it—the shame and guilt that goes with it. One of my biggest concerns is the statute of limitations. If you are sexually assaulted, it can take 35 years to get the courage to talk about it!”

As is the case for many male survivors of sexual abuse, Brad has faced a specific set of challenges during his healing process. “I think for me and possibly other men, it’s a huge pride thing—feeling like you have to be the man and face your problems and get over it.” Being able to share with other male survivors has been important in helping him feel less alone in his healing process.

Brad has experienced PTSD, depression, and suicidal thoughts as a result of the abuse. When he was diagnosed with depression and bipolar disorder, he tried to avoid taking medication for it because he feared being judged for living with mental illness. “I had this fear of being crazy. Am I always going to be like this? Am I better off not being here?” He eventually started taking medication, and has also found it useful to learn about the brain chemistry behind depression and bipolar disorder. “Knowing about it has made it more tolerable and easier to understand my behavior and my feelings.”

Last year, a close friend of Brad’s from the treatment facility took his own life. “He had five kids, a beautiful family. People didn’t understand why he would do it, but I understand.” Brad mourns the loss of his friend, but does not judge him for his choice. “When you’re in that darkness it doesn’t seem like there’s a way out. It feels like it’s always been that way, it’s a truth that you have to hide, and eventually it doesn’t feel like you can anymore. But somehow we make it. We make it with the support of others. I just wish I could have helped my friend more.”

Brad also finds advocacy to be an important part of his healing. He and a friend he met through counseling who is also a member of RAINN’s Speakers Bureau have started two foundations. Show Up for Children and Courageous Survivors both provide support for survivors of child sexual abuse and spread prevention education.

Important parts of Brad’s healing have included meditation, yoga, and exercise as well as journaling and writing poetry. He has found it essential to be deliberate in his self-care routine and to embrace his creative side through his poetry and other writing that he shares on Twitter and Instagram. He recently completed an autobiographical book of prose, poetry, and journal entries touching on themes of healing, spirituality, and learning to love oneself.

He is grateful that his family has been there for him throughout this journey and for how wonderfully supportive and compassionate they have been. “I have made things very scary and difficult for them at times.”

“I’m focused on staying well so I can enjoy life with my children. At the moment I’m just thankful to be here; it always felt so hard just to stay. Hopefully one day it doesn’t have to feel like a struggle.”