I am having knee replacement surgery on Tuesday and will take a break from regular blogging until I’m in less pain. I’ll be back soon. I’m reading your comments so keep them coming! We both learn something every week.

People have been playing baseball since the mid 19th century. In the early games, umpires would officiate the games reclining in a rocking chair that was located 20 feet behind home plate. By 1878, the National League also declared that home teams must pay umpires $5 per game.

These fun facts really get you thinking about how far we’ve come. Taking a 23-minute flight might seem like a waste of money today, but in 1914 Abram Pheil paid $400, which would be $8,500 today, for a 23-minute long plane ride. He flew between St. Petersburg, Florida and Tampa, Florida, where only 21 miles of water separate the cities. Pheil, a former mayor of St. Petersburg, and the pilot, Tony Jannus, were the only passengers. This momentous flight paved the way for air travel as we know it.

The Tale of Genji, written by Murasaki Shikibu in the 11th century, is considered the world’s first novel. After reading 54 intricately crafted chapters, the reader is stopped abruptly mid-sentence. One translator believes the work is complete as is, but another says we’re missing a few more pages of the story.

Fact: A woman called the police when her ice cream didn’t have enough sprinkles

The West Midlands police in England released a recording of a woman who called 999 (the U.K. version of 911) because there were “bits on one side and none on the other,” she says in the recording. She was even more upset when the ice cream truck man did not want to give her money back.

German chemist Erich Huzenlaub invented a process of parboiling rice to keep more nutrients in the rice and lessen the cooking time. The “Huzenlaub Process” had another unexpected benefit, too: It stopped bug infestations. The quick-cook, bug-free rice was a big advantage during World War II, and Converted rice (as it was then known) was airdropped to American and British troops. After the war, the company rebranded to Uncle Ben’s Original Converted Brand Rice, named after one of the company’s best rice suppliers, and the product hit the shelves in 1947.

Fact: The British Empire was the largest empire in world history

According to the World Atlas, an empire “is a group of nations or people that are under the rule of a powerful government or an emperor of a territory usually larger than a kingdom.” The British Empire was most powerful in the 1920s when it ruled over 23 percent of the world’s population. That equates to about 13 million square miles.

Turtles don’t have vocal cords and their ears are internal, so scientists believed that turtles were deaf and didn’t communicate through sounds. However, research has found that turtles actually communicate at an extremely low frequency that sounds like “clicks, clucks, and hoots” that can only be heard through a hydrophone (a microphone used underwater). These sounds even come from the egg before the turtle hatches. Researchers hypothesize that this helps all the turtle siblings hatch at once.

Alexander Fleming was one of those quirky scientists who accidentally made a scientific breakthrough. In 1928, the bacteriologist left a petri dish in his lab while he was on vacation only to return and find that some liquid around the mold had killed the bacteria in the dish. This became the world’s first antibiotic. But before naming it penicillin, he called it “mold juice.”

Fact: The first stroller was pulled by a goat

This is one of the many interesting facts that had us scratching our head. Or a dog or a miniature horse, but not by parents. William Kent, a landscape architect, invented the first stroller for the third Duke of Devonshire in 1733. By the mid 18th century, strollers were still pretty unstable, but they had handles so parents, not animals, could pull the baby behind them.

So glad you are enjoying these post, I love hearing your hilarious comments.

Have a great weekend. 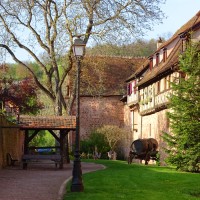 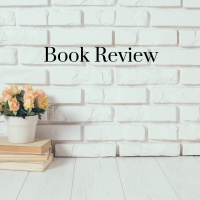 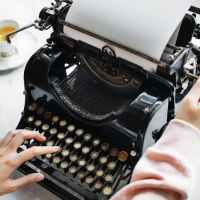