Each day was a roller coaster by how he felt and how exhausted I was. I learned so much being a caregiver to my grandmother and grandfather. As the population ages many of you will take on the responsibility. One of the most difficult changes was going from granddaughter to caregiver. Even at 92 my grandfather had a strong mind and felt he didn’t need help. I prayer for strength everyday.

My grandfather died in 2010 at the young age of 92 years old. I spent more time with him 2010 year than I spent at home. I cherish the time we had together, no matter how painful. They are my memories and my life changed forever with his death. His health declined so fast that for two days I did not realize that he was dying now, not in a couple of weeks. He was at home under hospice care and would not get in the hospital bed until two days before he passed. He fell out of bed that morning, he was so weak it was difficult for me to get him back in bed. I don’t think we would have been able to talk him into moving to the hospital bed if he had not fallen. For him the bed meant death and he was still fighting. My grandfather had End Stage Kidney Disease. An emergency trip to the hospital for his AFIB is how we learned he had about two months to live. We knew his kidneys were losing function but I was not ready for a timeline. His doctor had not given me that impression on a recent visit so I asked her to review the hospital records. I was not surprised but very saddened that she agreed with the prognosis. It took a couple weeks for my grandfather to believe the doctors were right. Kidney failure is a silent killer and luckily not a painful one. You start sleeping more until you sleep yourself into a coma.

I arrived on Sunday afternoon after two days of relief and he didn’t look any different. Monday morning I knew he was out of it by the things he was saying but thought it was a bad day. Tuesday I knew he was weak when he fell out of bed and felt like dead weight. It took everything in me to get him back in bed. My grandfather died on Thursday. What the doctors did not tell me is people his age die faster, the end came weeks sooner than we thought. I’m so thankful that my grandfather and I had time together to say what we wanted to say, cry for the loss and enjoy the memories. I have no regrets.

Cleaning out the house was so hard, 46 years of memories everywhere. My grandmother left notes on everything, it was like mourning her death as I found each note. Notes on back of photos, on little pieces of paper and even masking tape. I knew all the notes were there, we had looked at them many times but it was different this time. Everything being packed up this time and the house cleared out. My grandparents raised me so I’ve lost parents, they were the best you could ever pray for.  The house is empty but I see my life in every room, the great memories with my grandparents are everywhere you look. I am starting a new chapter in my life. It’s a long  journey ahead. 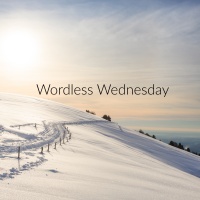 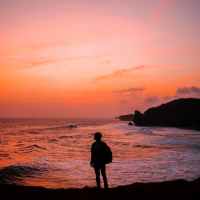